Spirit of Britain, Purpose of Labour

Our country is more polarised than at any time since the Second World War – by age, education, place and wealth - but above all by values.

On one side of the Great Values Divide we have the Cosmopolitans – typically university educated, urban, highly mobile and confident in the modern, globalised world. On the other the Communitarians – often non-graduates who value familiarity, security and community, and have experienced the profound changes of the last 40 years as loss.

The EU referendum deepened these divides; the 2017 General Election entrenched them.

Communitarians need Labour more than ever, but they increasingly see a party of Cosmopolitan ideals – driven first by the laissez-faire globalism of the Liberal Centre, and now by the conspiracy theories of the Hard Left.

To re-connect with its Communitarian roots Labour must build a whole nation politics that marries radical economic reform and devolution with a commitment to fairness, community cohesion and progressive patriotism.

Featuring contributions from respected MPs and leading Labour thinkers, Spirit of Britain, Purpose of Labour shows how only a whole nation Labour Party can re-unite our deeply divided country, and sets out ‘a plan for the common good’ based around the four aspects of life that really matter to people; Work, Family, Community, and Country.

If you would like to receive a hard copy of the book then please send a 3 x stamped, addressed envelope to Cari Morgans, Unit 2 Water Street Business Centre, Water Street, Port Talbot SA12 6LF, and make an appropriate donation to one of the following charities: Port Talbot And Afan Women’s Aid, Bulldogs,  or St Margaret’s Hospice, Taunton. 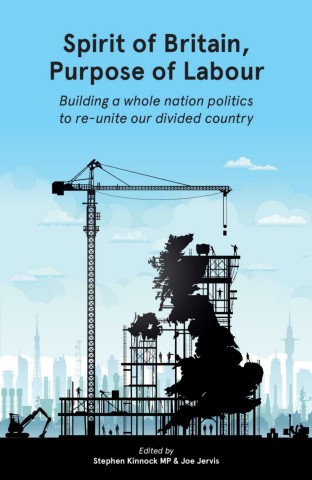 You can download a copy of the book here

Labour Future’s purpose is to steer the Labour party towards two key aims: reconnecting with the working class base, and reshaping the British economy towards a more manufacturing based, high wage, high job security, and resilient economy. Only by addressing these core issues can Labour win the support of the country.

Secondly, we must reshape the British economy towards a more manufacturing based, high wage, high job security, and resilient economy. We need a competitive exchange rate, and an environment that encourages long term investment over short term profiteering and asset sales.

Only by addressing these core issues can Labour win the support of the country.

Labour wants a "jobs-first" Brexit? Then back staying permanently in the customs union

What’s the point of party conferences?y