At our core Labour Future has the mission to reconnect the party and wider Labour movement with working class voters across the country. The leadership of Jeremy Corbyn has recognised the need for this and has done much to reconnect with our traditional support base, yet even at the 2017 general election our lead amongst C2, D and E voters was as little as 4%. For a party founded to empower the working classes we need to see far greater support from the very voters whose interests and concerns we exist to represent. 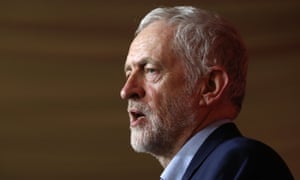 Above all else for 13 years of government, despite all that was achieved, we did not transform the economic prospects of our support base in traditional Labour heartlands, especially in those communities scarred by de-industrialisation. For this reason we lost support over the Blair-Brown years even though overall the economy was growing and we invested heavily in public services. Our people saw that while London and much of the South-East saw strong economic growth tax credits and other benefits did not resolve the underlying and deep rooted problems that meant visible economic disparities remained. Added to this the perception that Labour had become a middle-class party run by, and for, middle class interests grew. This perception is confirmed fact that party membership is made up of primarily of those from A, B and C1, by as much as 70% (which has risen to 77% since 2015).

Hence at Labour Future we are committed to a transformation of our party that sees us reconnecting with the voters we have lost to ensure that it is their concerns, priorities and needs we work for.  First and foremost this means the entire Labour movement uniting around economic policies that end austerity, and an industrial strategy that rebalances the economy, ends unsustainable regional inequalities, improves productivity and brings manufacturing back to our de-industrialised heartlands. All this will lead to better wages, working conditions, and standard of living whilst helping a future Labour government sustain investment in our underfunded public services.

In parallel to this united front on our economic strategy we need a renewed approach to our democratic engagement. Beyond innovations in digital democracy we need to see a renewal of public meetings that harnesses the energy from the leader’s ongoing campaign meetings but engages more practically with those who are still disenchanted with politics, yet still refer to Labour as ‘our’ party. Combined with more open public meetings we need to renew our door-to-door engagement so we are more willing to listen and engage with voter concerns and are not simply reliant on voter id. Recent preliminary research indicated that the average time between an activist asking a voter what their local concerns were and that voter being told they were wrong was about eight seconds! Therefore between elections especially, across all constituencies we need to develop our community engagement to ensure we are establishing common ground with those who have ‘always voted Labour’ but have yet to return home to the party that was created to represent them.

Our party and movement were founded to strengthen the power of labour as against the dominant power of capital. This above all has to become once again our core purpose.

Labour Future’s purpose is to steer the Labour party towards two key aims: reconnecting with the working class base, and reshaping the British economy towards a more manufacturing based, high wage, high job security, and resilient economy. Only by addressing these core issues can Labour win the support of the country.

Secondly, we must reshape the British economy towards a more manufacturing based, high wage, high job security, and resilient economy. We need a competitive exchange rate, and an environment that encourages long term investment over short term profiteering and asset sales.

Only by addressing these core issues can Labour win the support of the country.

Labour wants a "jobs-first" Brexit? Then back staying permanently in the customs union

What’s the point of party conferences?y